In 2000 alternative rock had taken somewhat of a backseat. Then seemingly out of nowhere Queens Of The Stone Age dropped Rated R on us. It’s a total gem. An album out of time. With a sound that surely belonged in the early 90’s QOTSA very quickly reminded our ears about what true great rock is.

I was still working in the record shop. We had this album in stock but it wasn’t selling at all. It struck me that the customers that were buying it were customers that I had huge respect for what they usually bought. I stuck it on the CD player. Straight away I could see that the album would scare away the Celine Dion buyers. I bought it at cost price so I could give it a whirl at home instead.

Feel Good Hit Of The Summer kicks off Rated R. A better album opener you will struggle to find. “Nicotine, Valium, Vicodin, Marijuana, Ecstasy and Alcohol…C,C,C,C,C Cocaine…” the album storms open. Brazen. Bold. Brutal. The sighs and ahhhs that accompany the lyric sound like a rock and roll endorsement of everything you’re not supposed to do. The track is short, like a punk burst. It’s sound is like the best of the Sub Pop scene on steroids that has swallowed the whole Black Sabbath back catalogue pill whole.

The robust sound of the album and sonic of the band in many ways make me wish this was a Nirvana album. If only Nirvana had followed up Nevermind with Rated R. I’m dreaming here, but do consider it. QOTSA are not as left of centre emotionally as Nirvana maybe – but there’s a hell of a lot in common. In Utero is a mess to me. Nirvana sounded confused on that album but Geffen were victorious in overseeing the album sounded as polished as possible. Rated R is brash, it pulls no punches. If Nirvana had gone with the wave they may well have made an album like Rated R.

Initally Rated R made me really scratch my head. It sounded like an album that would have sat so well in 1991? Then it hits you. A great album is timeless. I’m listening to it as I write this. It sounds just the same in 2011 as it did in 2000.

Leg Of Lamb has a similar pace to track 2. At this stage you are struggling to take in how good the album has opened – and is continuing. again it builds to a semi-crescendo, it teases and falls away. Surely they cannot keep this up for the duration of the album?

Oh yes. They do keep it up. Autopilot opens with an exhausting whine of guitar. the vocal is outstanding. It’s beautifully paced. The instrumentation really burns. With the vocal that soft – yet hushly menacing and the guitar streaking blissful devious breaks it really does sound like Nirvana at their best, better even? (Damn, I said I wouldn’t mention them again).

Better Living Through Chemistry has an ethereal vocal intro. Again the pace is slow. It menacingly pauses with a long low feedback break. When it comes back in the result is almost psychedelic. The whole track holds off but isn’t afraid to still let loose ambling guitar blistering streaks.

Monsters In The Parasol. Has a muted thrash metal chug to it. It’s punchy. Upbeat. Homme’s voice again sounds majestic, it holds a tune and hits a nerve. With Oliveri laying whispering backing vocals it gives an extra dimension to what is already a killer track.

Quick And To The Pointless is a burst of speed after Rated R has toyed with our sensibilities. As wild as the album has sounded – it oddly is a clap-along too.

In The Fade plays a desert rock vibe. Spacious but still full of brooding power. The fuzz of the guitar plays its part and is mopped up enough to still deliver a very clean overall sound. The track staggers out…. it bleeds back into a short reprise of the album opener Feel Good Hit Of The Summer.

Tension Head again plays a Super Sub-Pop stroke. The imagery it paints is full on, fuck it, alternative rock n’ roll. With the most chaotic vocal of the album the music matches this twist. Enchanting chaos.

Lightning Song hits and you think you’ve been transported to The Wicker Man or something. Acoustic guitars and toms wash.

I Think I Lost My Headache in ways nods to Husker Du’s “Dreams Reoccurring” and also reminds me of “You Know” by The Damned. It’s an ambling album closer. It staggers around like the monster that is Rated R does not know how to snuff itself out. Towards the end it gets more and more bizarre. Trumpets. Jazz breaks. Somehow this works without Rated R turning into Kid A.

Then it’s over. A cool album and for that unexpected, welcome wake up it gave me in 2000 i’d say it’s one of the best 20 albums i’ve heard. Their follow up Songs For The Deaf is a great album too but, for me,  Rated R will always be Queens Of The Stone Age’s best album… 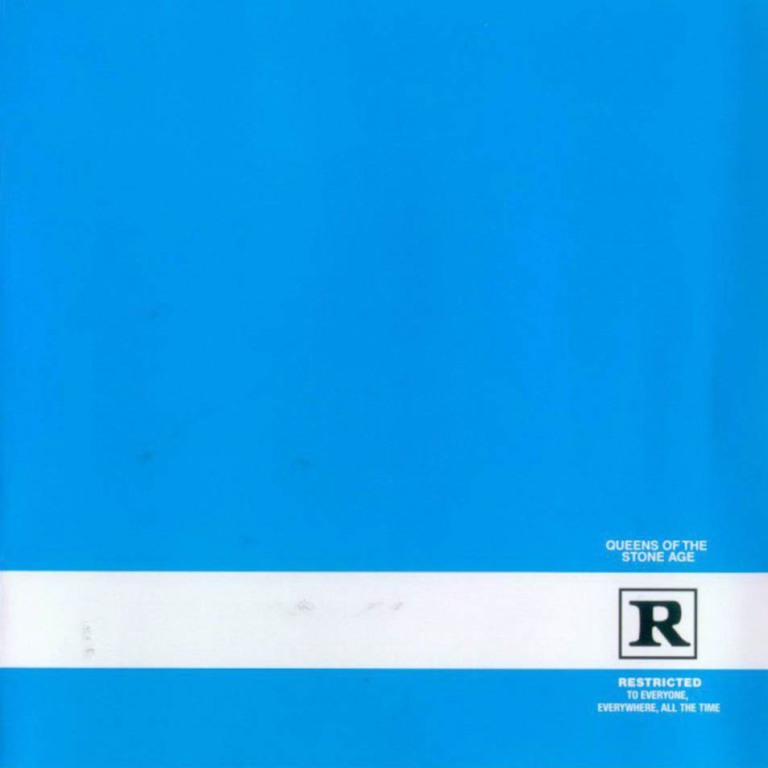